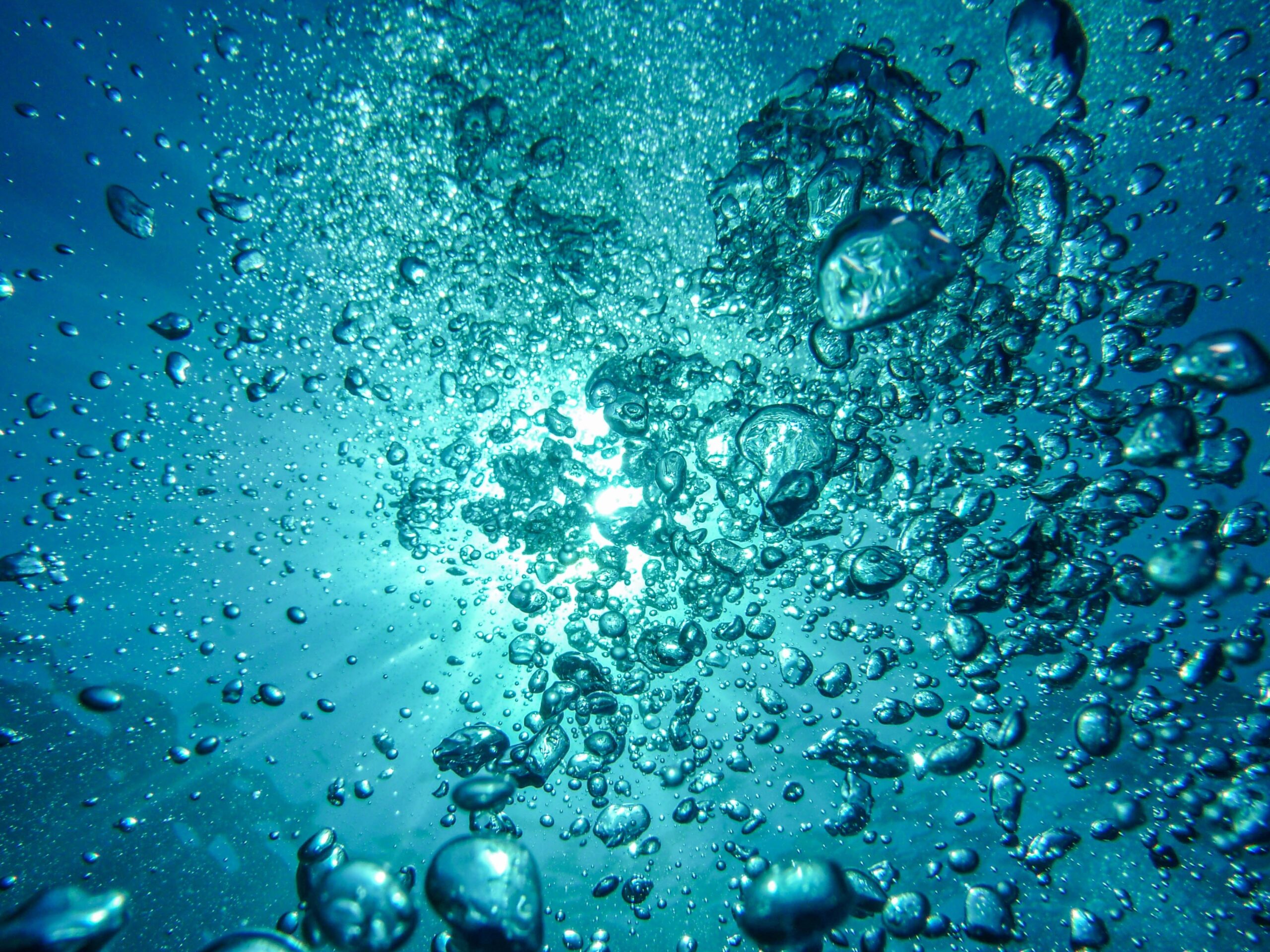 I held my breath for 6 minutes and 47 seconds

And honestly it didn’t take very long. Not the breath holding, but the road to get there.

Like many Realtors who first start their business I aggressively started networking. This is one of my favorite parts about the job. Can you imagine, showing up to an interview and one of the line items under job requirements says, “go hang out with people”?

Coming from 10 years working in the food and bev industry, obviously this resonated with me. Connecting with people on and off the clock is something that I have always enjoyed and will continue to do so.

So, years ago with my fresh RE license in my wallet and energy in my step I did all the networking I could. I researched how to network. I researched the research on networking. I read books on how to better connect with people. How to be more authentic, mindful, to embrace every moment. I was ecstatic that this was a main focus of my business goals. I continue to embrace the luxury today.

After some time spent, I decided to actually join a local networking community. I made it my part-time job to schedule one on one meetings with as many fantastic people as I could. It was really all about them then it was about me. I got to learn about their business, life, family, challenges and future goals. Many of these individuals I have strong relationships with to this day.

One gentleman I met at one specific meeting, in a conversation with a group, he said he held his breath for four minutes. Everyone who heard this was so impressed. I was thinking, BS.😒

I quickly went home that day and researched all that I could. Which led me to a Ted talk by a well-known magician, David Blaine. A number of years ago he broke the world record for holding his breath. An astounding, 17 minutes and 4.4 seconds (this was an oxygen assisted breath hold, meaning he would breathe pure oxygen from a tank before attempting this feat) Absolutely unbelievable and according to the medical and science community a time frame, unattainable.

Originally David wanted to do this stunt the way most magicians would attempt to do so. Fake it.

After multiple, difficult attempts David realized that if he was going to do this he would actually have to do it. He began his own pursuit to understand breathing, the blood and human body. He started a rigorous training schedule which lasted about two years. Each day he would exercise his breathing, track his results and push his limitations.

Over the time he was training to break the record, the record had been broken multiple times. Originally his goal was around 10 minutes. But the record extended and extended with many successful attempts around the world.

Eventually the time came for David to put his abilities to the test. Not only did he set himself up to take a swing at an impossible goal, but in true David Blaine fashion he did it in public surrounded by hundreds of spectators and videotaped at all angles.

In David’s words he said that the attempt did not go the way he planned when a few mistakes occurred that he thought would put him out of the running. However, he did hold his breath for longer than any human being at that time. His blue and white body burst from the surface of the water gasping for air in the exact same way you would envision a drowning victim just pulled from the undertow seconds before death.

I couldn’t believe it.

I didn’t want to do anything as crazy as break a world record but I did see this as a simple yet wild goal to challenge myself with as well. Obviously it required a level of commitment, acceptance of fear, willpower and a couple of screws loose.

So I gave myself a goal. I just wanted to test myself against myself. I decided I would hold my breath that night and track the time. Then I would commit to some exercises and additional attempts and see my improvement. Over the course of two months I did some daily breathing exercises. Nothing extremely rigorous or dangerous. Yet the small steps were very effective to improve upon abilities.

At the end of the two months I decided to see what resulted from the 60 days of commitment.

Now the trick to holding your breath for a while, other than basic conditioning is hyper oxygenating your blood. Basically, breathe a lot. If you can put way more oxygen into your bloodstream than your body actually needs then obviously it can extend the time before deprivation. And you can go without inhaling for much longer.

In addition to obtaining excess oxygen you also want to limit your use of oxygen. That’s pretty self-explanatory as well. What I did was lay on my back on my bed with my limbs gently and comfortably lying relaxed and still. I would sit in this position for at least five minutes to fully relax. I would focus on taking normal but deep breaths. I would think relaxing thoughts and try to slow my heartbeat. After about five minutes I would begin hyper oxygenating my blood. A.k.a. hyperventilating. Big, deep and long breaths. Really focusing on filling my lungs to full capacity. You do this with a steady cadence. It really only takes about 10 breaths before the average person feels dizzy, lightheaded and sometimes even nauseous.

I would try to shoot for 120 of these gigantic inhalations.

At that point your fingers and hands and feet tingle aggressively. It almost seems like you’re coming in and out of consciousness and that you could pass out. On that final deep breath you take in all the air and hold it completely in your lungs. The feeling of this pressure is also very strange and uncomfortable when you first experience it. You feel like a balloon about to pop. But for six minutes and 47 seconds I was able to hold that position. (Well if I’m being completely honest I believe I started to slowly exhale for the last minute or maybe even a minute and a half.)

My meditation technique was similar to those to practice feats of memory. If you have ever heard individuals challenging themselves to recall a series of playing cards or series of numbers. A lot of times what they do is envision certain things or a very specific and vivid place. They attach each card or number to a memory or a thing and connect that thing to another vivid and memorable thing. Then they are not remembering cards or numbers at all, just a story in their mind.

The one I used was envisioning my old home. I envisioned myself on my bed waking up and getting ready to go for a drive. I tried to see every single detail. Rolling out of bed feeling the floor on my feet, walking down the stairs and looking at the wall, grasping for the handrail. In true form I would look for my keys which were never in the right place. Then I would go outside and feel the sun on my face, grab the door handle, sit down and put my seatbelt on. I would try to recollect everything as clearly and detailed as I could.

Through all of this I was essentially not paying attention to the reality that I was holding my breath.

I remember in the last 45 seconds of the hold I was completely out of air but still remained to keep myself from breathing in. I have a very vivid memory, more of a feeling I experienced. I guess when they say drowning victims have this sense of peace and calm they really mean it. I certainly did as well. There was a moment where all the anxiety, stress and concern melted. It was a strange level of acceptance. A weird proximity to death that I guess the brain was coping with.

They say you can’t die holding your own breath. You would just pass out and breathe again. I don’t think I was actually at any risk of dying, but I’m sure it’s not the most healthy thing to prevent your brain from access to oxygen.

Why am I telling you this?

I’m not really sure.

You may finish reading this blog and think, wow that guy is nuts.

But I guess what I’m trying to share is that challenges, willpower, testing yourself comes in so many different shapes and sizes. If you take a swing at all these things life can throw at you then it can set you up with some resilience to face the things that you’re not prepared for. I don’t think that because I practice holding my breath that I could deal with the stresses that my kids put me through.

I’m not crazy, no one‘s ready for that.

I sure hope I can and I’ll keep working on it everyday. 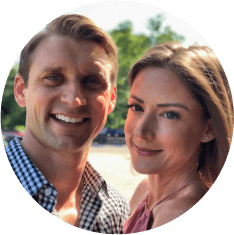